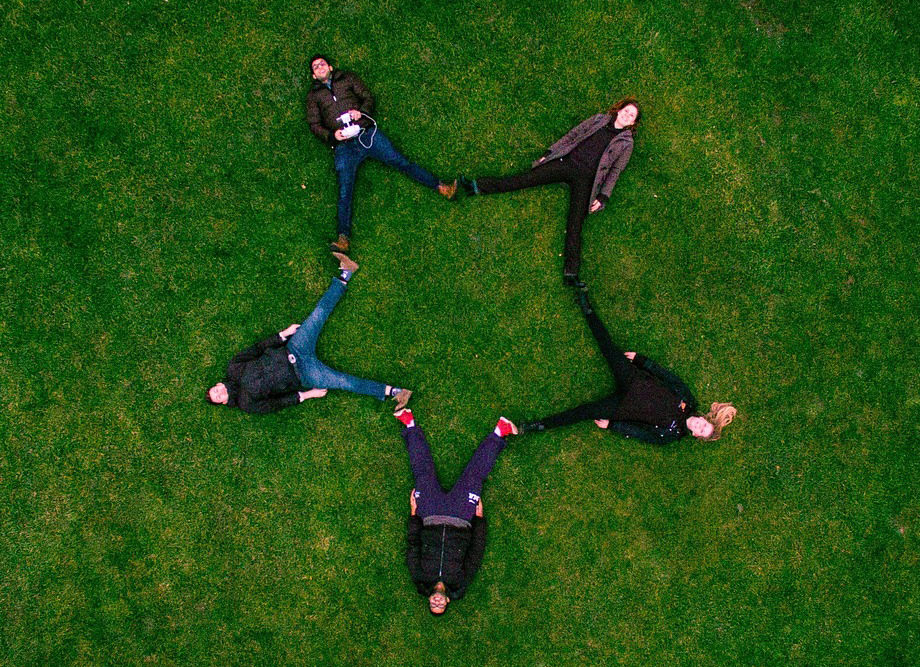 The typical Health401k interactive workshop can cover anything from how to combat stress and sleeplessness to how to diffuse conflict in the workplace, improve the dynamics of family mealtime, and improve overall physical and mental fitness. The common denominator is our focus on habits and the science behind behavior change.

Information about habits and the power they wield over our everyday lives has been filling our brains and feeds even before Charles Duhigg’s The Power of Habit became a best-seller in 2012. Especially around the start of each new year, habits and the making or breaking of them is a favorite topic of a wide selection of experts and non-experts alike.

Statistics are widely quoted and just as widely debunked. Can you really cement a new, healthy habit in 21 days, or is the more sobering figure of 66 days correct? Or, does a behavior only really become habituated after 90 days? A quick Google search leads to proponents of each of these theories and many more.

The mechanics of habit change is well-traversed territory. Less common is an exploration of interpersonal dynamics that support long-term, sustainable, healthy change. At Health401k, our focus is on personal attention and human connection. Our belief, reinforced by numerous sources of both anecdotal and scientific evidence, is that long-term, sustainable, positive change is more likely to occur when it is supported by human-to-human connection and a personal network of encouragement.

The ability to master environmental triggers plays an essential role in habit change. Our physical surroundings and the people we surround ourselves with influence our behavior in profound ways. For example, replacing all of the unhealthy food in your house with healthier options should cause you to eat better (at home, at least). Cooking and enjoying healthy, delicious meals regularly will habituate healthy eating in your home, and, hopefully, create healthy eating habits in all who live there. Likewise, avoiding fast-food restaurants while on the go will remove a common external trigger. Eventually, replacing the unhealthy triggers with healthy ones will become routine.

An individual’s commitment to positive behavior change can be strengthened by community support, and a social connection promotes individual accountability and responsibility. That is the foundation of popular programs ranging from AA to WW. The power of human connections can be employed in numerous settings and has been the subject of several empirical studies. On his blog Nerd’s Eye View, Michael Kitces spotlights an analysis of recent research on the topic of human connection and its role in behavior change. Author Derek Tharp, Ph.D., points to a recent study by Rena Wing of the University of Pittsburgh School of Medicine and Robert Jeffrey of the University of Minnesota School of Public Health that demonstrates the role social support plays in weight loss. Their participants were more likely to lose weight initially and keep it off for an extended period of time if they were recruited into the study with friends or family members, and participated in social support strategies such as small group meetings and team activities. 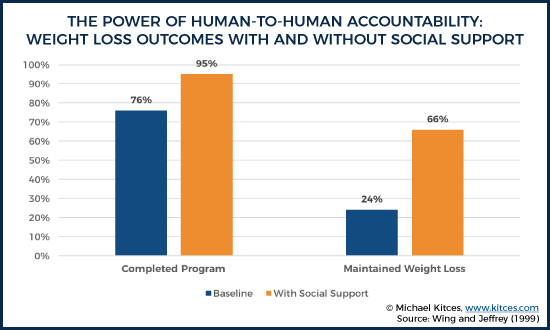 The sponsorship model practiced in AA and similar groups is successful for the same reason: “the universally available source of continued support.”[1] Human connection is a powerful force. All of the technological gadgets or otherwise scientifically-engineered “commitment devices” we humans use to keep us on track when pursuing a goal pale next to the effects of enlisting our fellow humans.

An often-quoted idea popularized years ago by businessman and motivational speaker Jim Rohn is that “You are the average of the five people you spend the most time with.” Our environment plays an undeniable role and is perhaps the most important variable involved in long-term, sustainable behavior change. Measurable, lasting results can often be attributed to the encouragement of an extended community, a close support network, and personal contact with people who are modeling the behaviors to which you aspire. In a positive twist on the old adage, if you surround yourself with people who are consistently making positive investments in themselves, you will be prompted to, also.

To learn more about how personal attention and human connection hold the key to creating and maintaining healthy habits, and how to put other principles of behavioral science to work on your health portfolio, contact us here.

Wishing you health and peace,